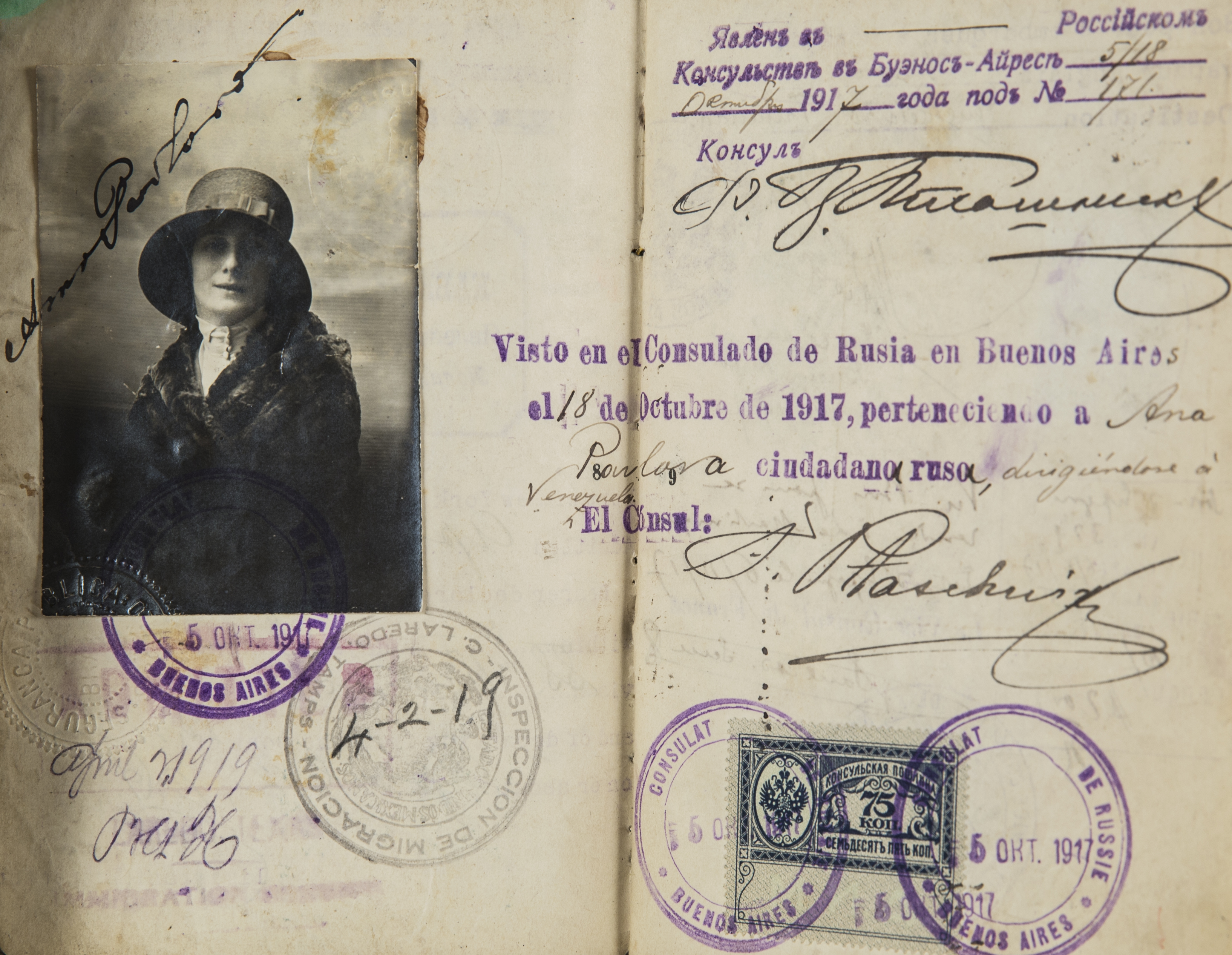 This is the international passport belonging to the most famous prima ballerina of the 20th Century, Anna Pavlova (1881-1931), principal artist of the Imperial Russian Ballet and the Ballets Russes. It was issued on June 12, 1914 by the St. Petersburg Prefect of the Imperial Russian government, listing Pavlova as artist of the Imperial Ballet, and continues with entries dated all the way through 1925, including during the provisional government and Soviet period. The original passport is bound in a green leather binding, which itself is bound in another original black leather binding containing additional pages, some fold-out, because of additional space needed due to the amount of Pavlova`s international travel during this time period. In the green leather binding, are 24 numbered pages, along with an insert of another un-numbered ca. 24 pages, and other fold out pages and inserted attachments, missing numbered pp.17-18. The back cover of the green binding bears an impressed wax seal from the Russian General Consulate in London, tied into the binding. Of the additional pages in the black leather binding of the passport, there are approximately 46 pages total, of which 1 is an ca. 40 x 28 cm fold-out filled with multiple stamps, about 20 are full with passport stamps and the others blank, possibly signifying that she obtained a new passport after this period. The passport contains exceptionally numerous dated consulate, customs, and entry and arrival stamps from the countries where Pavlova performed during this long time-span, along with Pavlova`s photograph and multiple signatures. Presented in a bespoke linen presentation case with recessed compartment, with a facsimile of Pavlova's signature on the cover. The passport itself measures 16.5 x 11.3 cm. A UNIQUE HISTORICAL DOCUMENT IMPORTANT TO THE HISTORY OF BALLET.