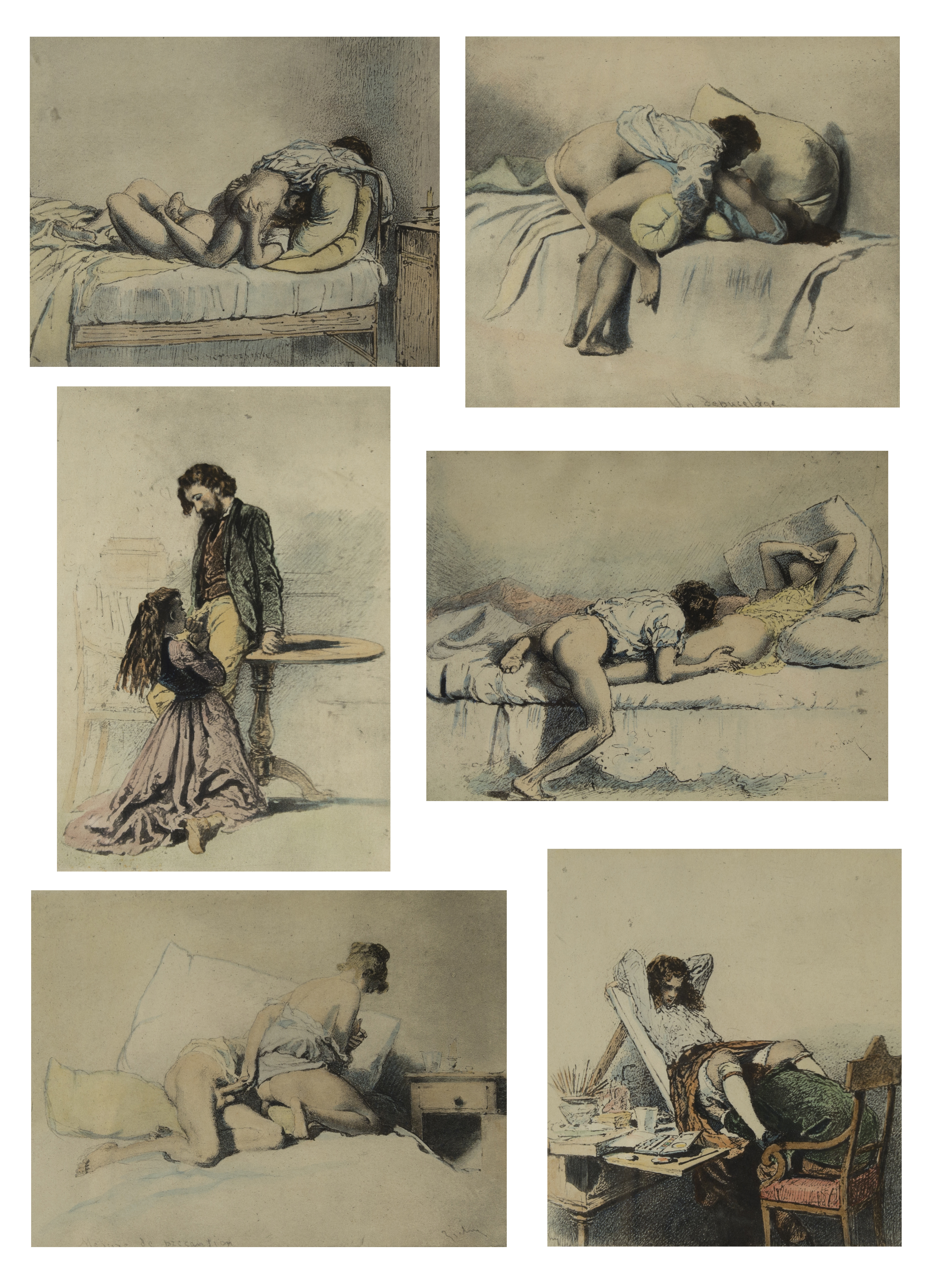 LOT NOTES:
Mihaly von Zichy was born in Austro-Hungaria and studied in Budapest and Vienna before he moved in 1847 to St. Petersburg, where he made a very successful career for himself as an artist and illustrator. He was very well known for his graphic works as well. In St. Petersburg, Zichy studied drawing with Princess Ekaterina Mikhailovna. Many of his works dealt with the daily lives of the Czar and his circle, as well as motives from Russian literature and Hungarian poems. The cycleLoveis one of the most famous and rarest erotic works. It was first published in 1911 as illustrated album \Liebe.\" The drawings themselves were originally owned by Tsar Alexander II since Zichy was court painter to the Russian court."