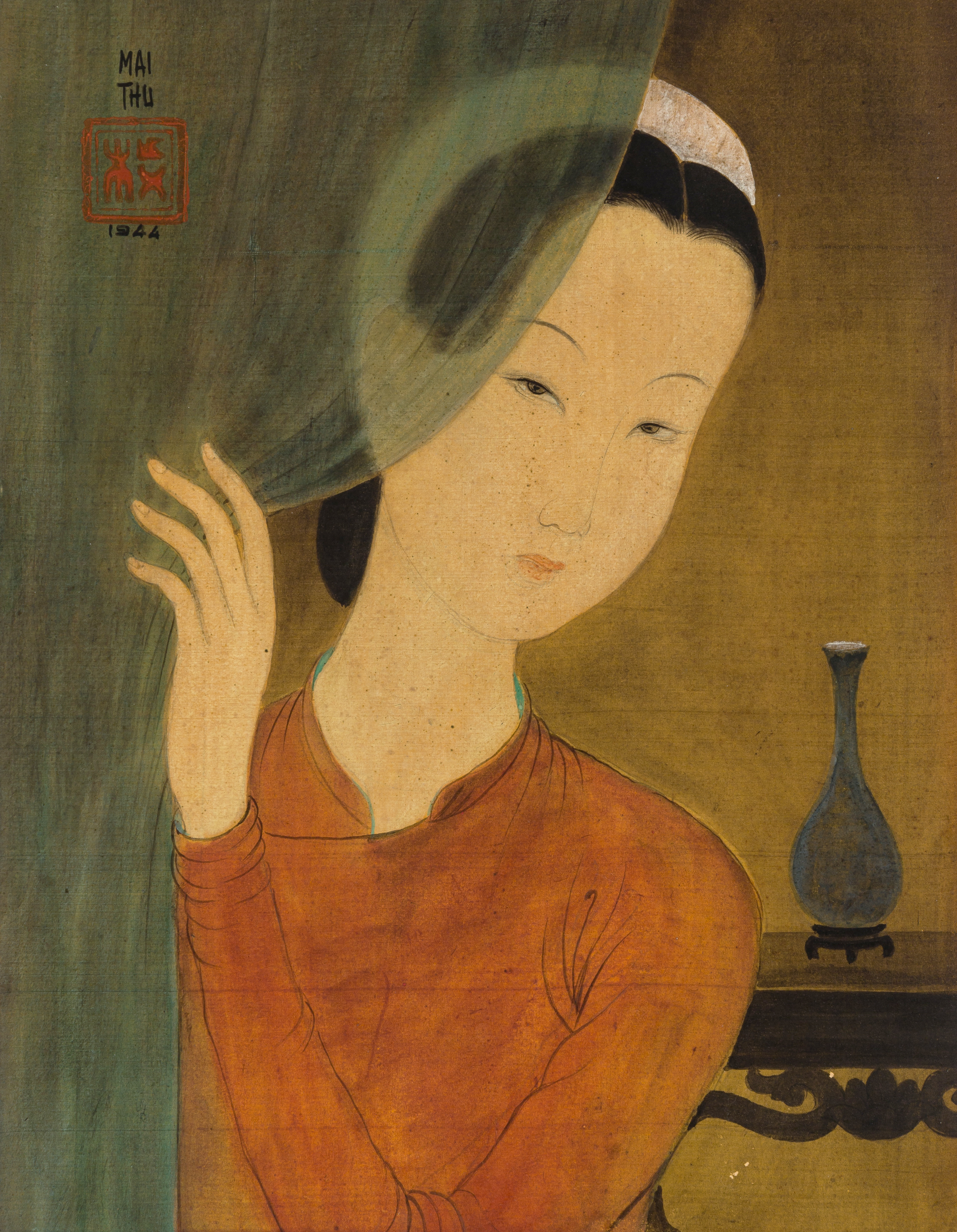 LOT NOTES
Along with Vu Cao Dam and Le Pho, Mai Trung Thu is one of the pillars of Vietnamese modernism of the 20th Century. Born in An Durong, Thu was one of the graduates of the first entering class of the Ecole des Beaux-Arts de l`Indochine in Hanoi. Like Vu Cao Dam and Le Pho, Thu emigrated to Paris in 1937, where he would develop a successful art career. The painting in this auction, Le rideau, is a rare, early work by Mai Thu, executed shortly after his 1941 exhibition in Algiers at the Grand Exhibition with Le Pho. Thu painted Le rideau in his signature style of gouache and ink on silk, depicting a coquettish woman standing behind a curtain, one of his favorite subjects.